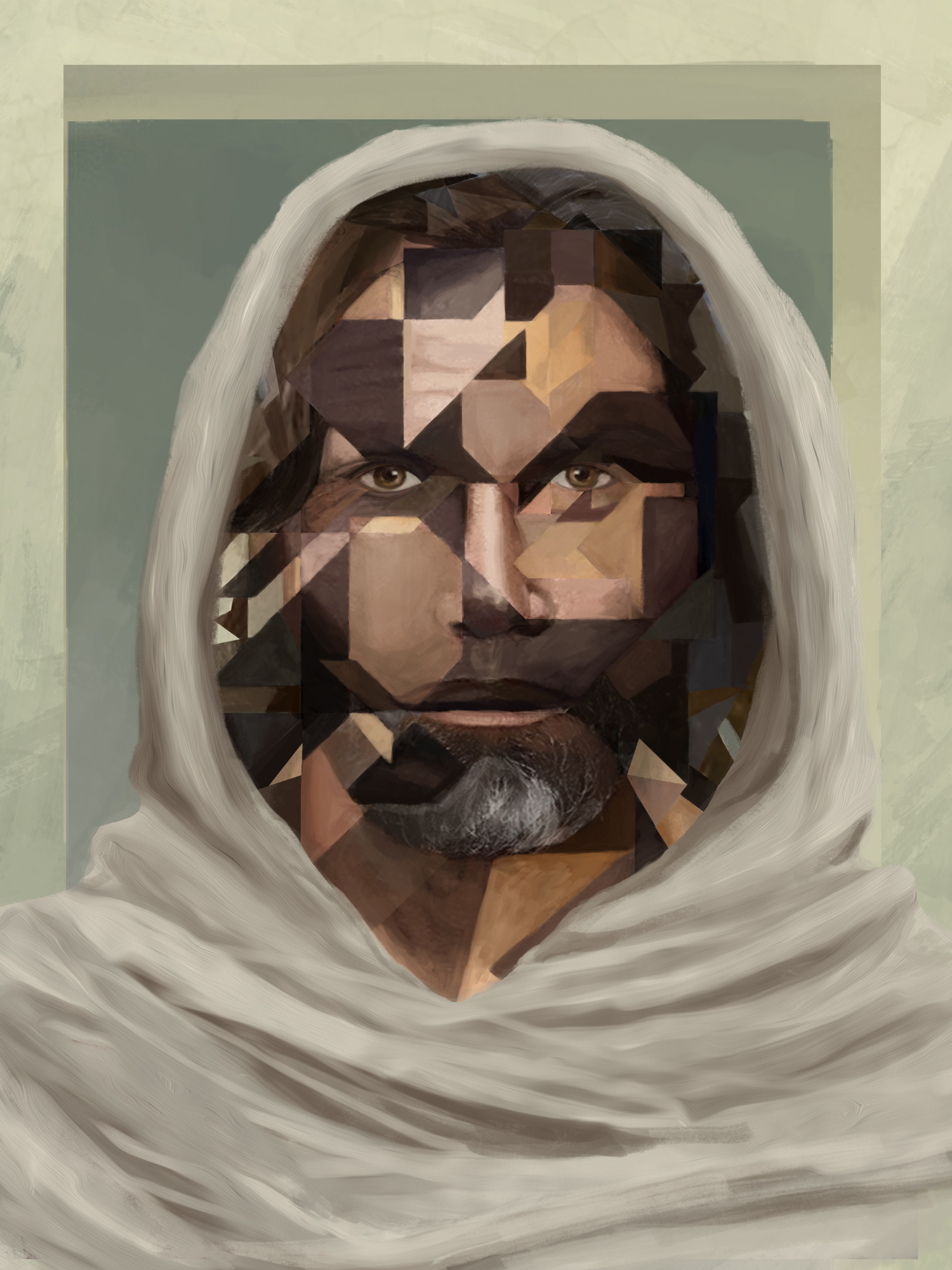 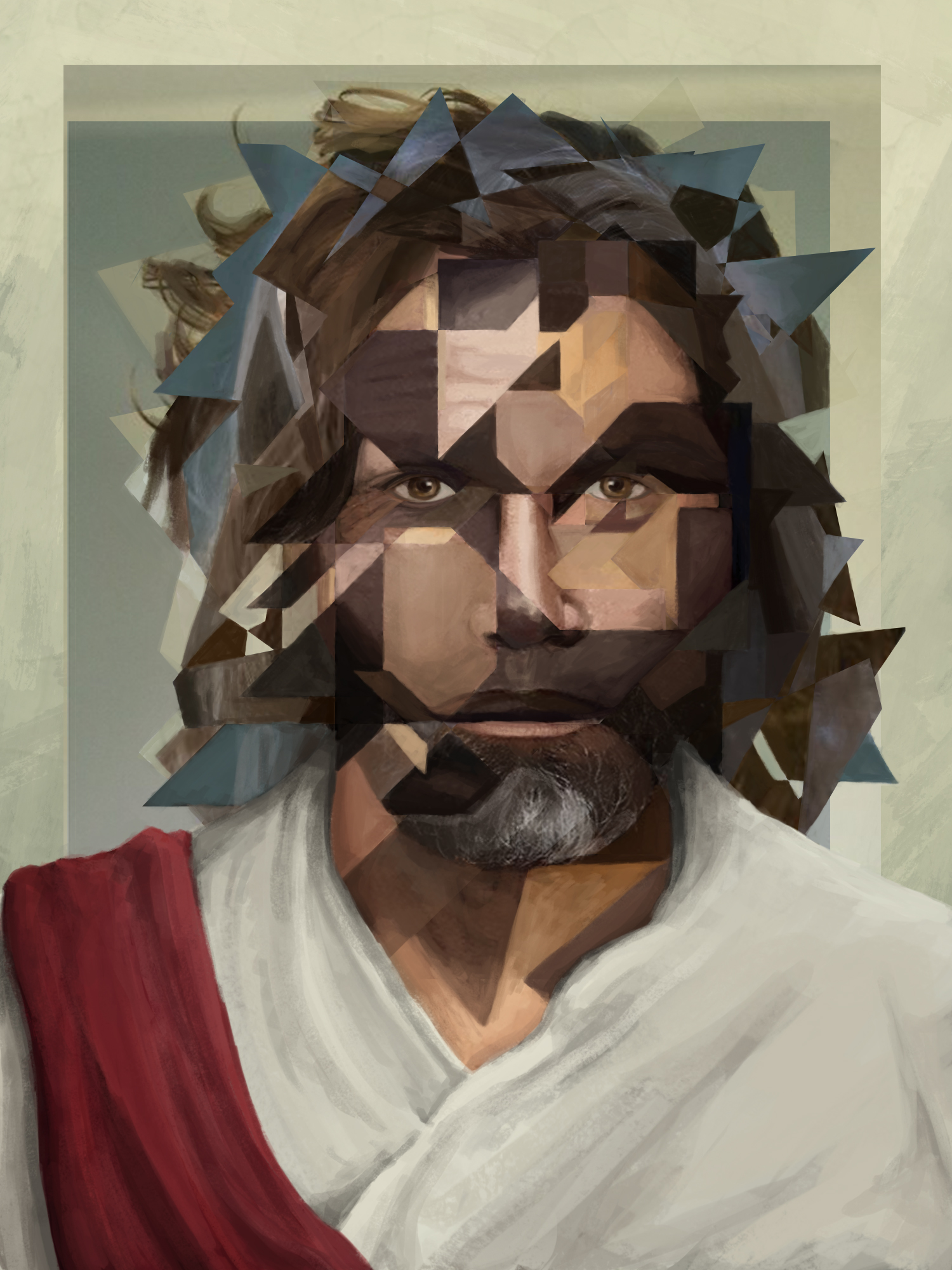 This is the face of Jesus as featured in the documentary, Future of the Church. It has been illustrated by Danie Plott and was animated by Mark Gabriel Laos, and is a copyright of Glory Unlimited Publishing, LLC under the direction of Steven Siwek Jr. By downloading this image you are promising that you will use this image to promote the things of Christ and not use this image to defame and/or abuse the name of Jesus, the Trinity, Christians, the Bible, or the Church. You are also promising that you will not alter this image in any way and/or distribute the image for commercial sale. This image is freely provided by Glory Unlimited to awaken the world to the reality of Jesus Christ as a divine Person, the only Savior of the world. Below are the comments provided by the artists (Danie and Gabe) recounting what it was like to work on this project.

"Coming up with the idea of how we wanted to depict Jesus came so quickly and naturally to Steven and I. I remember it being one of the first ideas we threw out there. The eyes were the most important part for me, and I spent a good deal of time on them. I wanted them to be how I picture Jesus' eyes: warm and inviting - but he's got something really important to tell you. Working with Gabe on the animation was all about the symbolism. We spent so much time figuring out how we could make each idea in the audio match the visual, not through literal interpretation, but as its own story according to the history of the Church. Throughout those months I would hear and be involved in conversations about where the Church is heading, and what issues people were experiencing in their own churches. It was amazing to see these issues lining up with footage Steven and Jerrod were gathering. It was inspiring to know, even when animating got tedious and exhausting, that this project I was involved in was going to reach out to Church leaders and nonbelievers and all those in-between to remind them that the Church is not a building or a time on Sunday or a massive rule book. That's why Jesus takes up the whole illustration, because even though He is the most important part of this whole thing, He is the one we most often forget." - Danie Plott
"Can you illustrate the narrative arch of the Church’s history? That was the question we faced. It was my first time animating a long piece, my first time doing characters & my first attempt at the symbolism of this story. Lots of firsts for me. We could have taken so many paths with this animation, but we wanted to find the one that was broad enough to truly encompass the whole history. It was through this lens we attempted to capture each scene. For example, I'm not sure how others see the figure of Jesus but I think Danie’s illustration somehow encompasses a bit of all of them. Thats why it's such a powerful image. It is deeply symbolic." - Mark Gabriel Laos

Again, please be wise in your usage of this image. Failure to comply with these rules will result in legal action to the fullest extent of the law. For those who choose to use this with the honor it deserves, we welcome your usage and hope that it blesses you.